Almost a year has passed, but the pain is still as raw. Actor and health advocate Brooke Burke’s brother, Tommy died at age 46, only one day after his birthday.

Burke shared the news that her brother had died on Instagram, but she was so grief-stricken she asked that no one contact her while she sorted through her pain. She ultimately shared that her brother died from morbid obesity. Burke recently told Showbiz Cheat Sheet the pain and grief is still as vivid as it was a year ago.

“It’ll be a year this summer,” she said. “He was 46 years old. He should still be here.” Burke added that losing her brother to morbid obesity motivated her to take part in the “It’s Bigger Than Me” campaign, which is an initiative to educate and offer resources to anyone who wants to get healthy.

“It certainly gives me a much different commitment,” she said about why she partnered with the campaign. “He was struggling with different things. And it’s a conversation that I think my family wasn’t and isn’t having. And it really scared me. It deepened my commitment to society, to what I do for a living. But it also brought a greater awareness to me.” 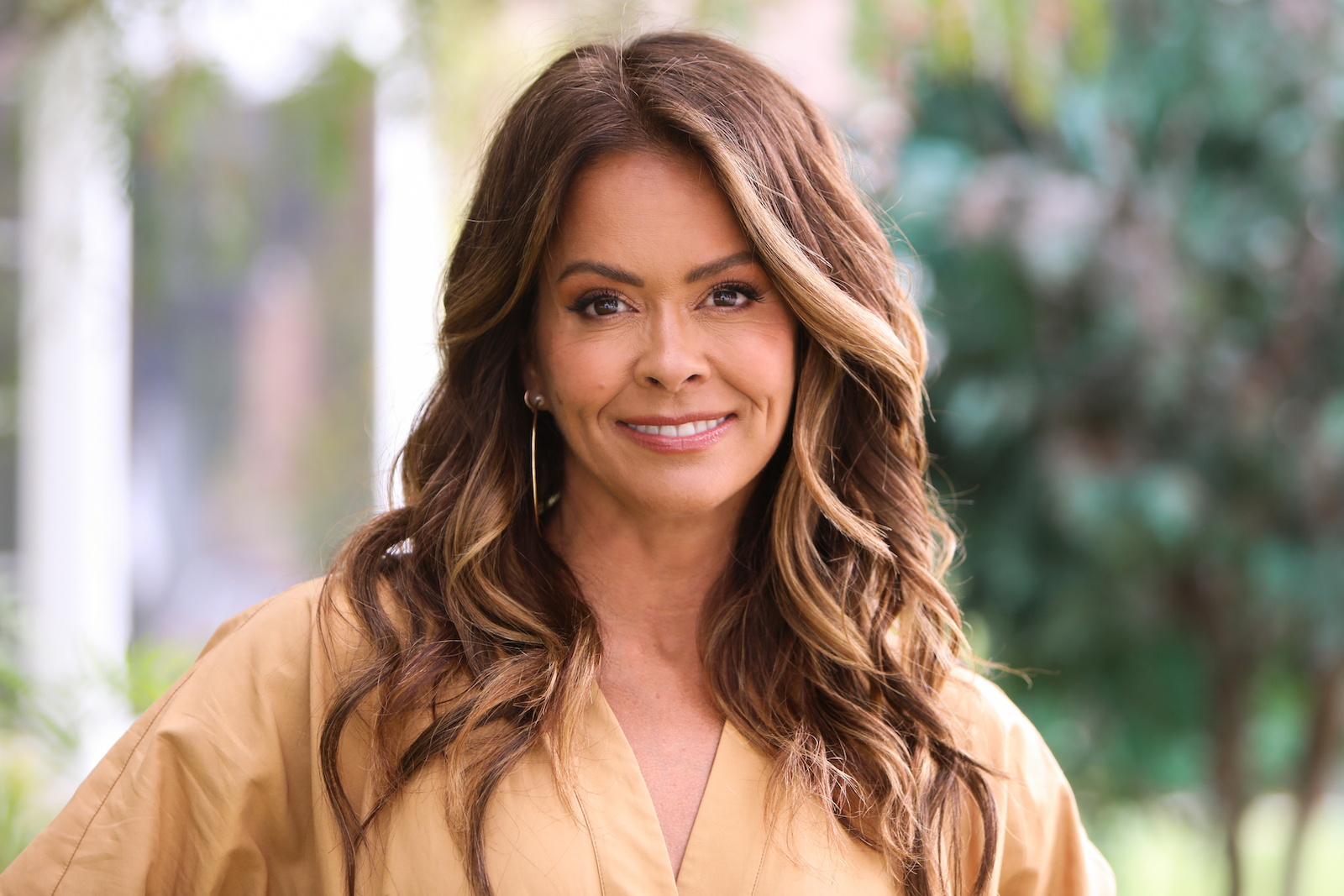 “And unfortunately, sometimes something tragic, devastating, scary has to happen to create change,” Burke added about losing her brother. “And that’s why I’m involved with this campaign, is just to have the conversation, to support, to help, to raise awareness, to educate. I’ve always been an advocate for women’s health, but on a much greater scale. We really have to educate ourselves and consider this to be a real problem and consider obesity to be a disease. I didn’t look at it that way, to be honest, before.”

Brooke Burke wants to shift the mindset to ‘self-care wellness’

Burke emphasized that the concept of “eat less, move more” simply doesn’t work for everyone. And that obesity is a medical issue. She said the place to start is with your doctor.

“Start with a conversation with their doctor,” Burke suggested. “I know a lot of people are too embarrassed to have that conversation, but that relationship is super important. You know, when I battled with my thyroid cancer, I made sure that I had a medical team that had a great bedside manner that I had comfort and confidence in so I could have those conversations.”

“I also think that in health and wellness, having a support system is really important,” she added. “I’ve said this so many times that fitness is rarely an isolated journey. Let’s just call it self-care wellness. It helps to have a support system. And, in this case, there’s so many medical conditions that can arise in relation to obesity. You got to have a good team that you trust. And I understand the shame. And it’s because of my own family. There has to be a shift.”

This is a medical concern, Brooke Burke says

Burke added that defining the problem is more than just a catchphrase or sentence. “It’s not about how we look and how we accept our outer layer,” she explained. “It’s really about how we feel and the medical risks that are related to obesity. That’s the concern. And at what point does it become a medical concern become dangerous for our overall well-being?”

She wants to prevent another family from enduring the pain of losing a loved one like her brother to morbid obesity. “So I’m looking at body confidence and body image is a much deeper story and going inwards rather than just the number or size,” she said. “And I celebrate every size, everybody, every age, and every level. And I love body confidence at all sizes. This is about medical concerns. And it’s a real conversation that we need to have.”

On Friday, June 10, Brooke Burke joined Queen Latifah on tour to discuss the shame and stigma around weight, in partnership with the campaign “It’s Bigger Than Me.” The tour is stopping in New York City, Houston, and Los Angeles with special guests like Burke hosting a series of open and honest conversations about obesity.