As a kid, every new birthday felt like an embrace of a new age that was going to bring exciting, life-altering experiences. But if you’ve felt as though the sparkle surrounding birthdays has dampened with each passing year, you’re not alone. For women especially, so many people have been groomed by cultural norms that we should avoid any kind of aging at all costs — that every wrinkle-preventing eye cream, every workout, every firming body lotion, every hair dye is worth it if it doesn’t look like we’re moving from our 30s to our 40s. But what if it’s actually 50 that can bring an entirely new outlook on life? According to Brooke Burke, it does.

Burke is known for her prolific career as a television host and model, and she even made a name for herself as the mirrorball champ of “Dancing With the Stars” Season 7. Later co-hosting the dancing competition alongside Tom Bergeron, Burke has shown us time and again that the only limitations we face are the ones we put on ourselves. She doubled down on this sentiment during an exclusive interview with The List, and during our conversation about her partnership with Tru Niagen Immune, Burke reflected on what it means to now be 50. 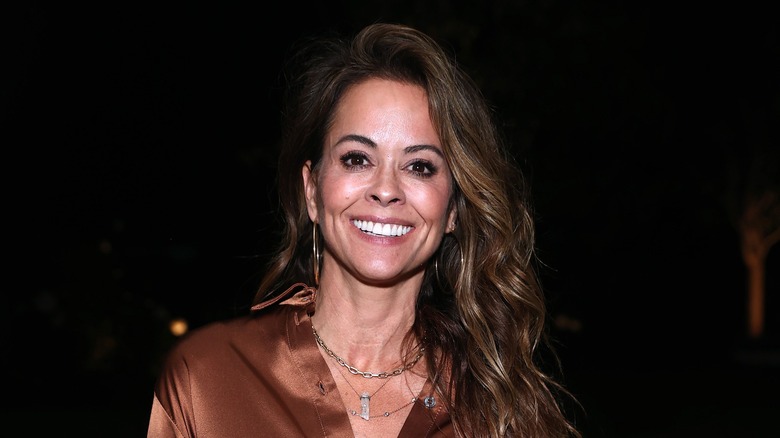 Any significant birthday — turning 18, finally reaching 21, turning the corner into your 30s — can feel like such a drastic shift. For Brooke Burke, turning 50 was “a little bit of a mind f***” at first, but in our exclusive interview with her, the wellness guru shared that once she embraced the deeper meaning of her new chapter, her outlook completely changed.

“One of the most valuable things that I have learned is the power of embracing and surrendering to what is,” Burke told us. “50 opened up a lot of new possibilities.”

Detailing that this phase of her life has brought her “an incredible relationship” and “a new blended family,” Burke shared that she may have not been ready to embrace such positive change at any other time in her life. She now has “the ability to cherish” life and its intricacies, and she’s learning to face life’s challenges head-on.

“I’m really learning [about] female demons and what women go through and what’s on the other side of that,” Burke told us. “What happens when we can embrace ourselves and have self compassion and be loving and kind, and the value of a female tribe and other women?”

Burke is using her new chapter to impart mindful lessons 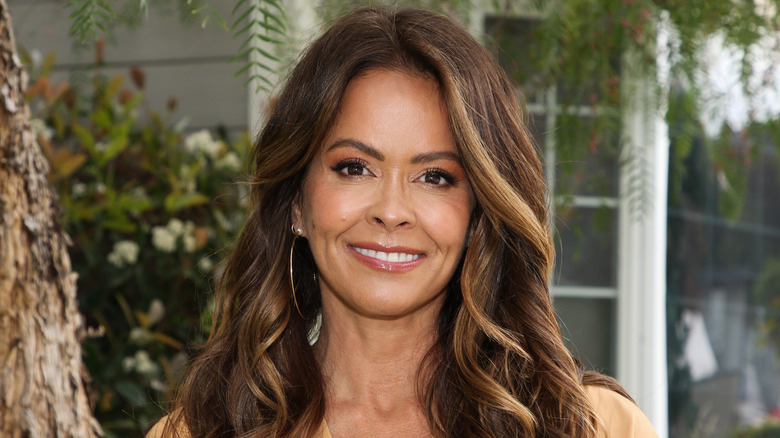 In addition to embracing herself and the important women in her life, Brooke Burke is using her new chapter to impart lessons about living “a purposeful life” to her three daughters. In our exclusive sit down, the “Dancing With the Stars” champ explained that turning 50 feels as though she is “finally becoming a woman,” as she’s now able to dedicate her time to her own well-being, not just to her professional commitments or family members.

“I finally am getting my moment that’s for me,” the fitness CEO said. “Now, I’m cruising in this space of freedom and it’s really powerful. I love 50, and I don’t know if I would’ve said that a few years ago anticipating it.”

Coupled with Burke’s newfound sense of independence is her role at Brooke Burke Body, creating meaningful workouts and crafting wellness practices for women in all walks of life. Telling us how important “connecting with women” and “influencing women in the wellness space” is to her, Burke shared how lucky she feels to be in this chapter of life. We can all take a cue from her example!

Tru Niagen Immune is now available at truniagen.com. To learn more about Brooke Burke Body, Brooke’s latest ventures, and more, visit her website at brookeburke.com and follow her on Instagram.